I am writing this blog from my room in a hostel in Johannesburg. The temperature displayed on my travel alarm clock shows is 11C in here! Blurrrr…… Outside is probably only ~5C! That’s winter in Johannesburg. During the day it does go up to ~18C.

Johannesburg is often simply known as Joburg. It is the business center of South Africa. It’s where gold was discovered back in the late 1800’s, hence making it the wealthiest province in Africa, and according to a brochure, it is the source of 40% of all the gold ever mined from the planet (really!?!) It is a city that is very spread out (I didn’t see many high rise buildings), made up of many neighbourhoods/districts with each having its own unique characters. It is unfortunately also a city that you can witness the huge disparity between the very poor and the rich in South Africa, and ironically they live within eyesight of one another in the neighbourhood of Soweto (read on below to find out more). 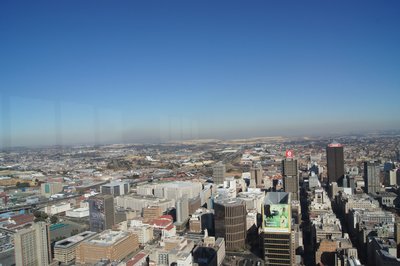 view of city from Top of Africa, tallest building in Africa

It is always great meeting people from around the world as I travel. There is someone staying here at the hostel who will be travelling to Toronto in a couple of weeks, and someone else who has been to Toronto commented on how clean Toronto is! (so to all those living in Toronto, you should be proud that we live in a *clean* city!) Yesterday I went on a city tour with two people from Amsterdam. We were driven around by a local guide (Joburg is definitely not a city that you could wander and explore independently. I saw many tourists who were similarly driven by local guides at many of the attractions that we visited.)

It was a very interesting day. There were many highlights:
-we went to the Top of Africa, tallest building in Africa, to get a view of the city (there are only 50 floors, so cannot be compared to the CN Tower)
-spent a couple of hours in the Apartheid Museum (excellent excellent museum! Must go if you ever visit Joburg.) It outlines the history of the system of segregation or discrimination on grounds of race that was the law in South Africa from 1948-1991. Only 20 years ago since this was lifted (1991 was the year after when Nelson Mandela was officially released from prison.) Racial classification was the foundation of all apartheid laws. Individuals were placed under one of four groups: African, ‘coloured’, ‘Asian’, or ‘white’. The ‘white’ had all the privileges over the other groups. It was definitely an eye opener for me. In the museum, there is currently a Nelson Mandela exhibition outlining his life and his accomplishments. Excellent as well! 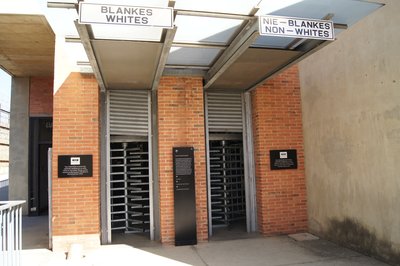 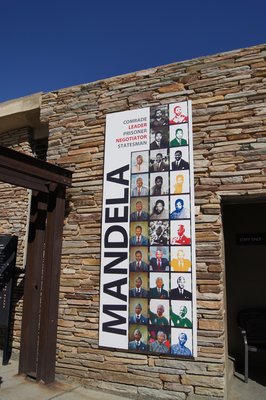 “To be free is not merely to cast off one’s chains, but to live in a way that respects and enhances the freedom of others.” Nelson Mandela

We spent the afternoon in Soweto, a very diverse neighborhood of roughly 4 million people. This is the place where a lot of the ‘non white’ was placed during Apartheid (there is even a partial wall built from leftover mine materials to block them from seeing into downtown Joburg). Now it is an area where the rich and the poor collide. We did a brief visit to the Motsoaledi camp (aka the “slum”) where the poor live in small shacks. We were able to tour through the camp because they have volunteer guides who live in the camp themselves that want to share their stories. In return, we give a small donation that goes back to the community. Our guide spoke English very well. There were small children that followed us asking for candies and money. The experience was unforgettable. 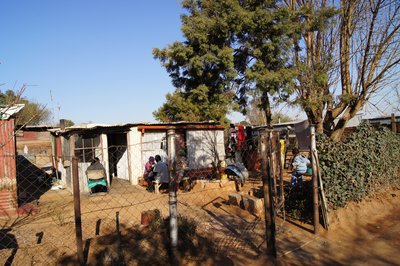 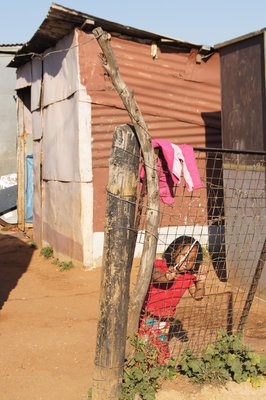 I wish I have time to write more. It is a fascinating place, definitely worth a visit.

Goodbye Joburg. See you again in early December (in much warmer weather!)

Third time is the charm

My first stop here in Athens, Greece is about to come to an end, flying down to South Africa tomorrow. Thinking back, I can’t believe it has been 10 years since my first time here in Athens. TEN YEARS!! That was my first big European trip (I am sure Farah and Janice remember that trip well

I don’t remember what my first impression of Athens was. We were here only for a few days and it was the last stop of our 5-week trip. Athens is an old city. Streets are narrow, cars and motorcycles everywhere, many buildings and even children’s playgrounds are unfortunately marked by graffiti. Currently Greece is going through a tough time economically. The country has borrowed billions of euros, but yet the downfall continues. Many people have lost their jobs or have taken large pay cuts. Unhappy with the drastic measures that the government has taken to avoid bankruptcy, there are more frequent protests and strikes (since I have been here, there has been no taxis on the road). On a better note, tourists are still pouring into the city and nearby islands for their vacation. So I hope things will turn around soon. 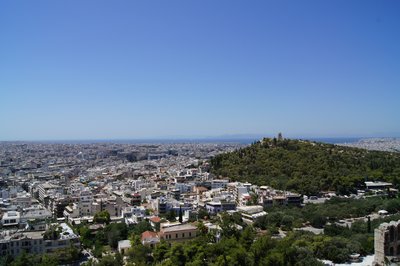 On my first visit to Athens, we did try to visit the landmark attraction, the Acropolis, but we got there too late, not to mention, we got scammed by the taxi driver. How many people go to Athens and not visit the Acropolis?? So ten years later.........my third time here.........I have finally made it up to see the Acropolis! This landmark dates back to around the 5th century BC. It’s incredible that parts of it are still left standing (okay there has been many renovation projects taken over the years to preserve the structures). To my surprise, I found out later that parts of what I saw were actually replicas of the originals! Many of the sculptures and structures have been taken to museums, in fact, if you are ever visiting London, UK, you should go visit the British Museum (excellent museum!)---Why? Because they have some of the original pieces from this rich historic landmark! One thing that is interesting as you walk around Athens and around the based of this Sacred Rock of the Acropolis is that you are bound to come across ruins from the Ancient times. Some are protected archeological sites, while others are simply left surrounded by a fence. 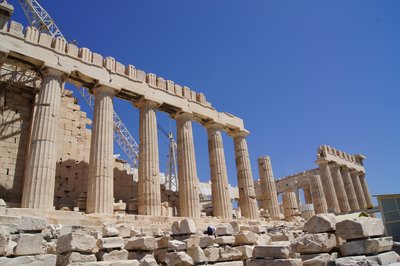 Onwards to Africa for the next four months! Ironically I am looking forward to escaping the heat of the summer by going to South Africa! I need a break from the heat