Inca Project in the Andes

Just two short weeks ago, I was in the middle of the “jungle” in the Andes in Peru searching for undiscovered Inca ruins. Now I am sitting on a couch with a big flat screen TV in front of me in central San Jose, Costa Rica, surrounded by MacDonald’s and other popular fast food restaurants. Luckily I’m just here for another day before heading off into the jungle again tomorrow morning to work in the rain forest for two months (Tortuguero National Park on the Caribbean coast).

I spent five weeks volunteering on the Inca Project with a worldwide organization called Projects Abroad (http://www.projects-abroad.ca/destinations/peru/archaeology/inca-projects-in-peru/). We were based in a small town called Huyro, about 5-hour drive northwest of Cuzco in the Lucumayo valley. The region is really beautiful and I loved being surrounded by mountains. Before coming to Peru, I know nothing about the Incas and have zero experience and knowledge in archaeology. I have only seen pictures of Machu Picchu. So how did I end up doing this? I thought I would do something totally different from my training and when I came across this project last year, it sounded really neat and I thought it would be a great learning experience. I did trek the 4-day Inca Trail to Machu Picchu the week before I started on the placement and I was extremely amazed to learn about the history of the Inca Empire and to see the incredible craftsmanship of the Inca communities high up in the mountains (the agricultural terracing system is simply remarkable). Machu Picchu was most certainly the highlight, but other ruins along the Inca Trail were similarly impressive. 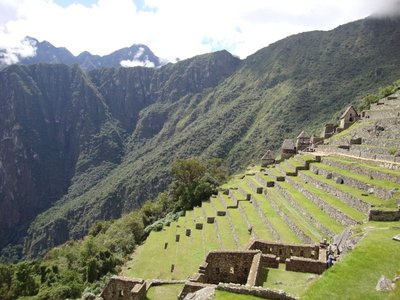 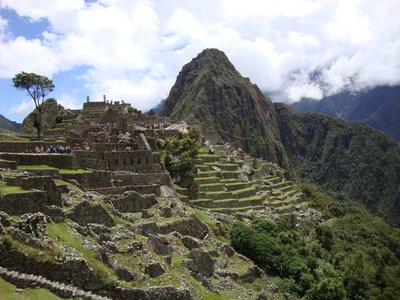 After this experience, I was thrilled to begin working on the Inca Project. We lived in an old farm known as El Establo. Living conditions were basic. We did have running water but only cold water (which also meant cold showers only!!) 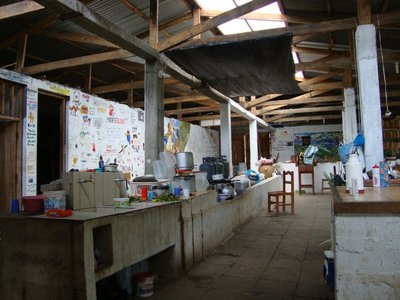 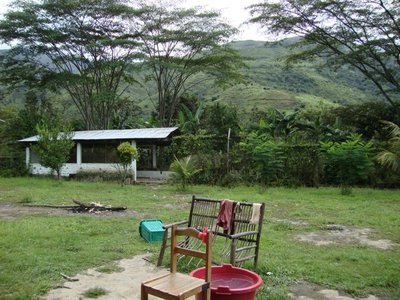 A big part of the project was spent up in the mountain clearing and preserving ancient Inca ruins. Prior to this, the only other time I held a machete in my hand was when I was in Kruger National Park (South Africa) and that was only for a very brief period of time when we were building the corral for our sleep out in the park. This time the machete was my ‘best friend’ as it was the main tool we used to clear the vegetations around the Inca walls and to open up path through the forest during our exploration trips. The exploration trips were really fun and definitely the highlight for me. One time we had to jump across a gap in the river to get to the other side, and little did we know that there was going to be a bigger gap that we have to cross before we can get up the mountain to search for undiscovered ruins. So we went back the next day and built a bridge! It was nothing elaborate, just four large tree trunks long enough to rest on the rocks on either side of the river. It was sturdy enough that we were all able to safely crawl across to the other side. 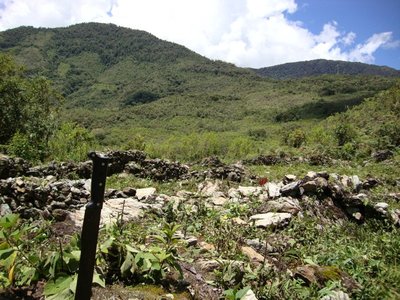 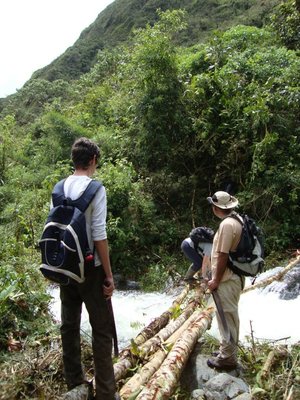 Besides the archaeological work, we also spent some time doing work around Establo---clearing the surrounding drainage system, harvesting crops and one of everyone’s “favorite” things to do---peeling corn! (The corns were already harvested by other volunteers before I arrived. They were dried and we had to peel the kernels off for chicken feed. Many volunteers left with blisters on their thumbs from this experience!)

My time on this project ended with a bang! On my second last day, five other volunteers and I set off at 6 am with Dan, our project leader, and Zenobio, our project archaeologist, in search for a path and ruins in the Lucumayo valley that might connect with Machu Picchu. Huyro is only about 10-15km directly north of Machu Picchu. Because of the close proximity of the two valleys, it is proposed that there might very well be a path leading to Machu Picchu, another Inca Trail!!! We climbed high up over the village of Amybamba, stopping several times to admire the gorgeous landscape. In the morning, we were disappointed when we didn’t find any ruins along the way. I was happy though to see many pretty flowers, and we also ran into a donkey and a cow in our path. 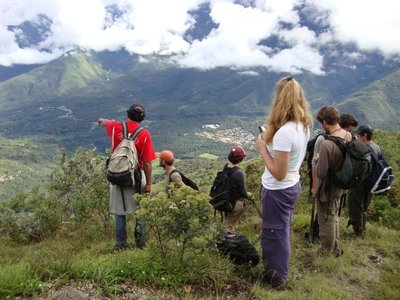 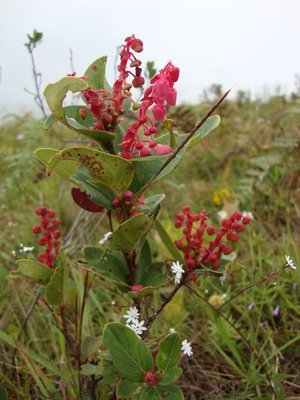 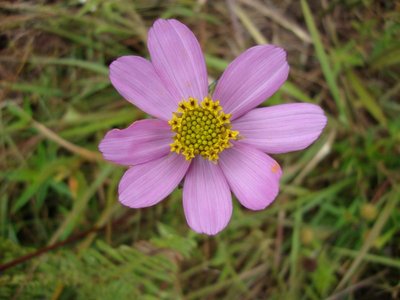 So we continued climbing up the mountain and after about four and a half hours, we stopped for lunch just as some rain clouds started to move into the area. Our spirit perked up when Dan went off to do a little exploring and came back and told us that he might have found some tombs!! Cool!! So after lunch, with our machetes, we went off to do some exploring! Little did we know that we were going to discover a whole series of Inca ruins! It was incredible!! The deeper and further we went into the bush, more stone walls were found. It became quite funny to hear one of the excited volunteers keep saying, “Uno mas!” (meaning “one more!) We lost count how many structures we came across but there were at least 20 of them! Like a small community!! There was one part that Zenobio thinks it was a quarry. What an exciting finding!! Too bad I was leaving the project and won’t get to help excavate the site. I am very glad to have had this opportunity to be a part of this unique project. Who knows, maybe next time when I’m back in Peru, I will be walking a different Inca Trail to get to Machu Picchu! 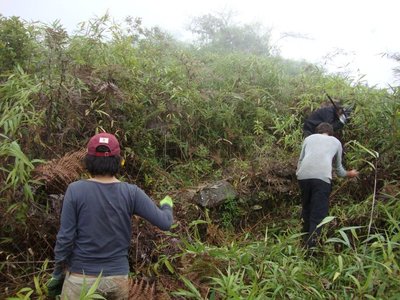 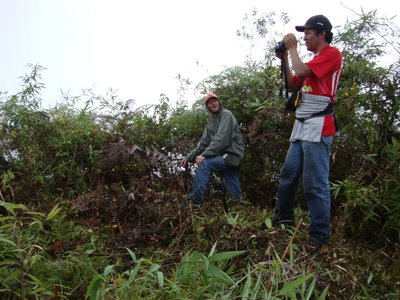 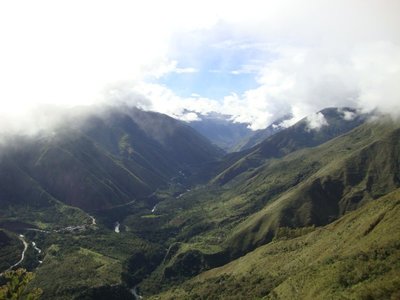